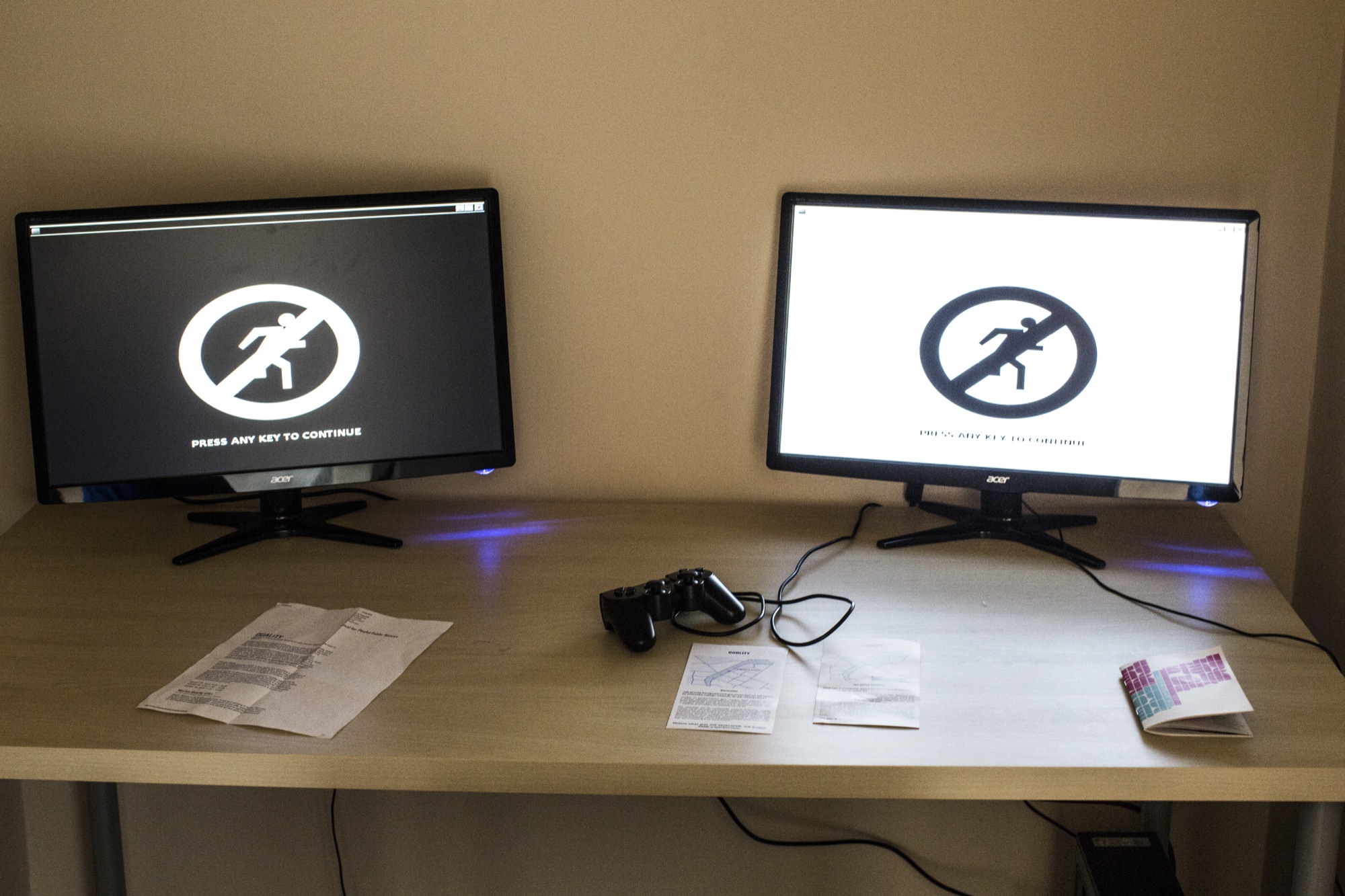 Duality is a platform game consisting of two different but causally linked worlds: if the player moves or jumps in the first world, he also does so in the second and vice versa. Goal is to complete both worlds at the same time, while not one world can be completed without the other one.

The game is addressing the concept of duality from science and experimentally transfers it into a video game: duality refers to the possibility to solve a problem by transforming it into an equivalent “dual” problem, often by successively solving the original problem. In this process, primal-dual solutions are created, which are able to solve the original problem more efficiently or accurately. The genre of a platform game is used as an archetype and reflects the simplicity of the concept. Usual contexts are broken and the player irritated by the game design.

How can a simple computer game be so easy that you need a whole team to solve it?

Martin Reiche is an audiovisual artist living and working in Berlin, Germany. He is co­founder of the Subformat Research Group with research on theory of space and spatial digitalization phenomena and is regularly presenting on professional computer science and digital art and gaming conferences.