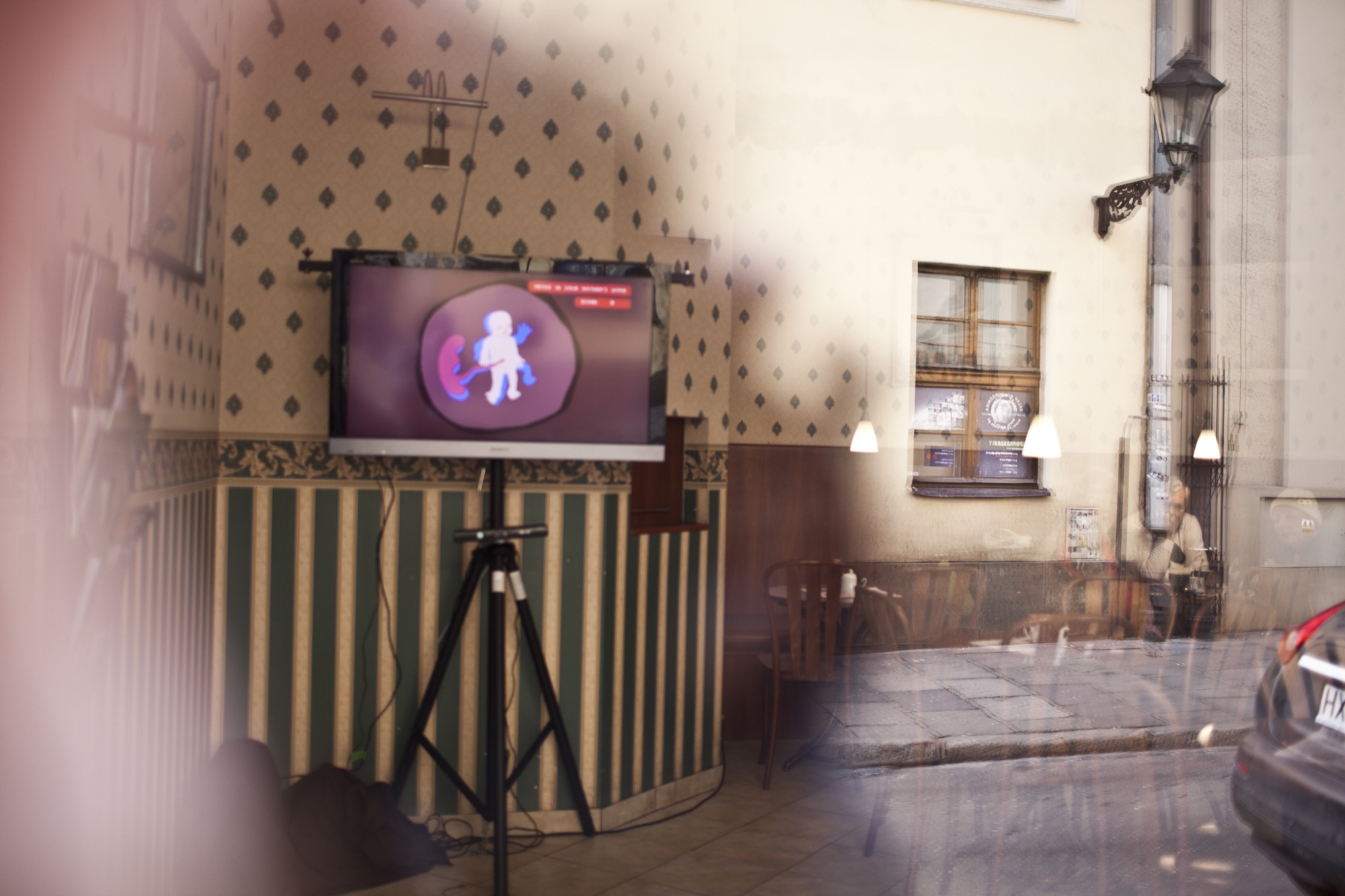 Inspired by questionnaires or “psychological tests” we know from women’s magazines, the game asks the question: How perfect are you? Over the course of seven different age-stages you take decisions how your life is going to be. But be careful with your choices: Having a perfect youth can make it very difficult to be a perfect grandmother when you’re 80!

Do you really want to be perfect?

Peter Lu and Lea Schönfelder met each other during Lea's residency at the UCLA Game Lab in fall 2012. Both having developed games in small teams before, found that their skills fit together well. Peter who studied math science programs Perfect Woman while Lea, who has an artistic background, is doing all the art. The game design is developed together and since Lea went back to Germany in January 2013 all that is happening via Skype. Later in 2013 the team was supported by Marius Winter on the artistic work while Benedikt Haas and Annika Bauer joined as producers. Steven Amrhein did the promotional trailer and students from the Musikhochschule Trossingen delivered the soundtrack for the game.